Have you ever heard the term “bark inclusion”? We’ll excuse you if it isn’t a regular part of your vocabulary. To be honest, it isn’t a term you would hear often, unless you hang out with an arborist or two. Even if you are familiar with the term though, do you really know what it is? Be included in the know. Let CLC Tree Services shed some light on this hazardous tree condition.

What you Need to Know 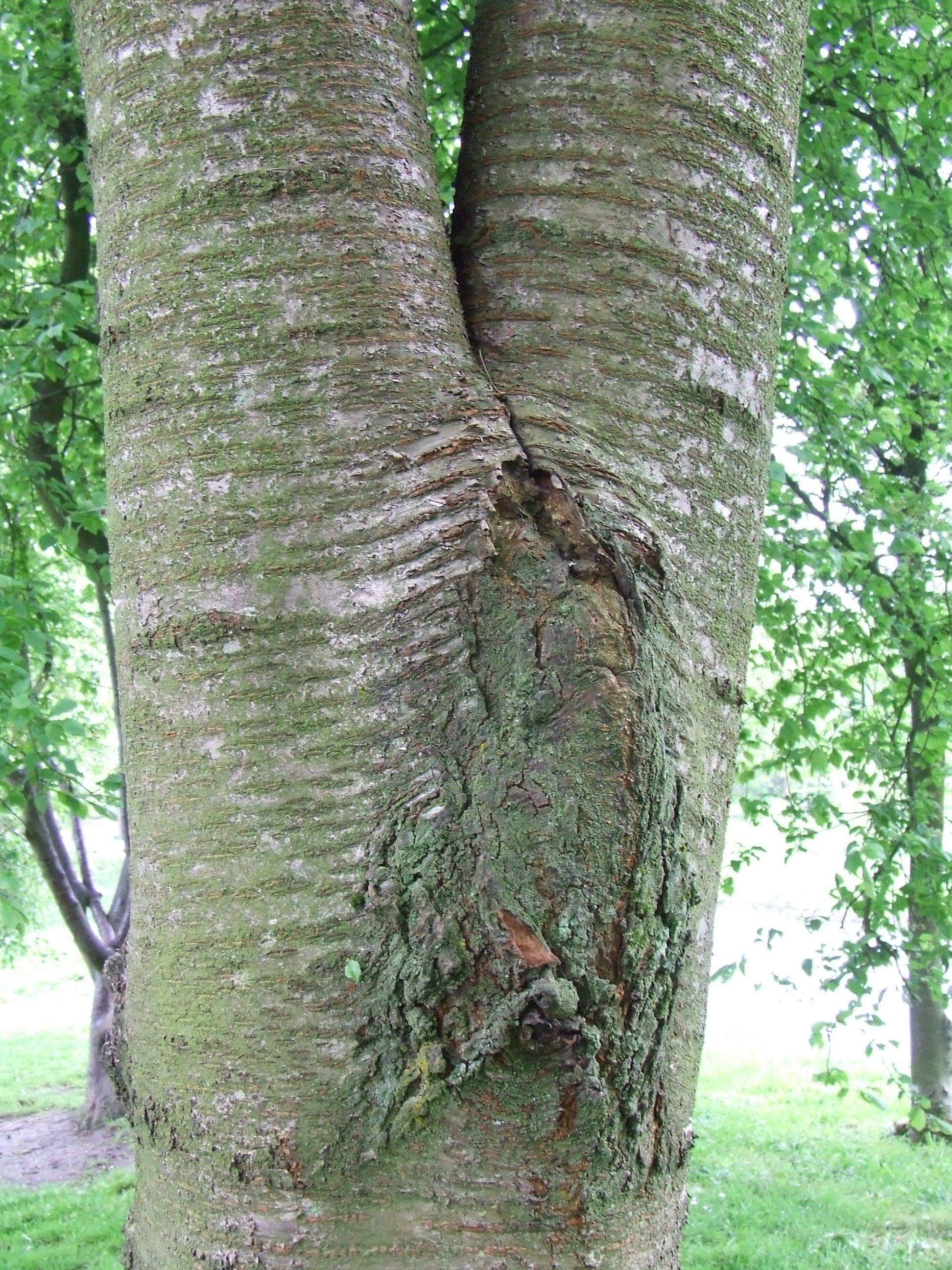 Bark Inclusion occurs when two branches or stems of a tree grow too close together in a V formation. This is undesirable, as there is then no room for the tree to grow and expand. As trees age, they add a new layer of xylem to their cambium every year, making the tree grow in diameter. Ideally, you want a U- or Y-joint between two branches to give room for that growth and to promote stronger limbs. In the case of V-joints, the risk is that these limbs will grow together. Areas where included bark are found are thus weaker, as any pressure put on either branch is in danger of splitting.

While you may not think anything of a fork in your tree, an arborist immediately recognizes this weak point and sees the dangers. When bark inclusion occurs, the tree tries to heal itself by growing bark around the area. Bark doesn’t have the strength that wood does though, so this area becomes fragile and compromised.

So what can you do? In older trees, Cabling and bracing helps to support weak limbs and reduce the risk of your tree failing in heavy snow or high winds. For younger trees, proper pruning reduces the risk of included bark forming in the first place. In some cases, tree removal may be recommended for trees with multiple inclusions which cannot be safely pruned, cabled or braced.

Ultimately, any trees are susceptible to bark inclusion. Knowing to watch out for it in younger trees is key to a healthier tree. Having a professional arborist inspect your trees, ensures your trees have a long life and are safer for the people and structures who live around them.